The Ferrari 365 GTC/4 has been called the “Forgotten Ferrari” by some, largely due to the fact that it was produced alongside the legendary Ferrari 365 GTB/4 “Daytona” that essentially claimed all of the spotlight. The 365 GTC/4 was in production for just two years, with only ~500 built in total.

The car you see here is a 1971 model that was ordered new by Charles “Ronnie” Driver, a WWII hero who would later become famous as a millionaire businessman and the father of actress Minnie Driver.

When it was released in 1971 the Ferrari 365 GTC/4 had a difficult job ahead of it. Increasingly strict safety laws, particularly in the United States, meant that the gleaming chrome bumper was destined to become a thing of the past. 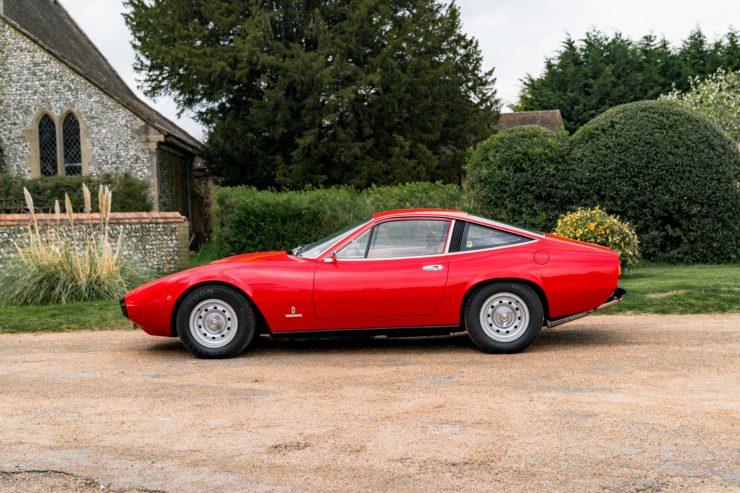 The elegant styling of the Ferrari 365 GTC/4 was penned by Filippo Sapino at Pininfarina, Pininfarina would also build all of the bodies for the car and send them to Ferrari for final assembly.

The chrome bumper was set to be replaced by an impact absorbing rubber bumper, many car designers struggled with this and a fair number of four-wheeled eyesores were produced during this time. Thankfully the 365 GTC/4 was not among them.

Styled by Filippo Sapino at Carrozzeria Pininfarina, the 365 GTC/4 featured an elegant and understated body that cleverly integrated its front and rear rubber bumpers into the car’s overall design.

It still looked notably different from the chrome bumpers used on the Daytona and the Dino, Ferrari’s other two production cars at the time, but it wasn’t as glaring as some of the Porsche and Lamborghini bumpers of the era.

Perhaps it was a little unfair on the 365 GTC/4 to be sold alongside the Ferrari Daytona, one of the most popular cars ever released by the Italian automaker. The 365 GTC/4 was the sensible choice, with the two small back seats that could accommodate a pair of children or preferably folded down to increase the luggage space for cross-Continental holidays. 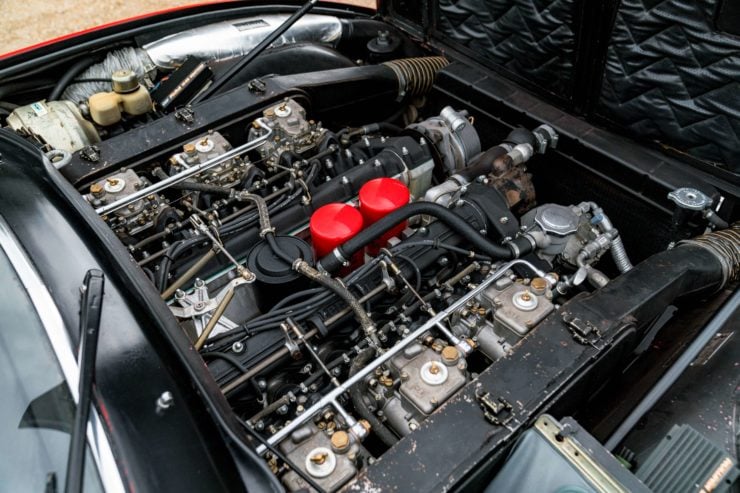 The 4.4 liter Colombo V12 had unusual modified DOHC heads that allowed for the use of side draught rather than down draught Weber carburetors – the intake runs in between the two overhead cams.

Some in Italy nicknamed it the “Gobbone” – Italian for “Hunchback” – though this moniker never really caught on. Ultimately Ferrari would only sell the 365 GTC/4 in 1971 and 1972 before replacing it with the far more angular and divisive Ferrari 365 GT4 2+2.

Both cars shared a version of the same chassis and the Daytona engine was fitted with modified double overhead cam heads that allowed the use of side draught Weber carburetors, with the intake now passing between the cams rather than into the V of the V12. This allowed a lower hood line.

Like the Daytona the car has a long hood, pop-up headlights, a fastback roof style, and eye catching coupe body work designed in the revered offices of Pininfarina.

The chassis is a tubular steel, with large oval section main tubes and cross bracing. The body was fashioned from steel with an aluminum hood and trunk lid by Pininfarina, then shipped to Ferrari for final assembly. 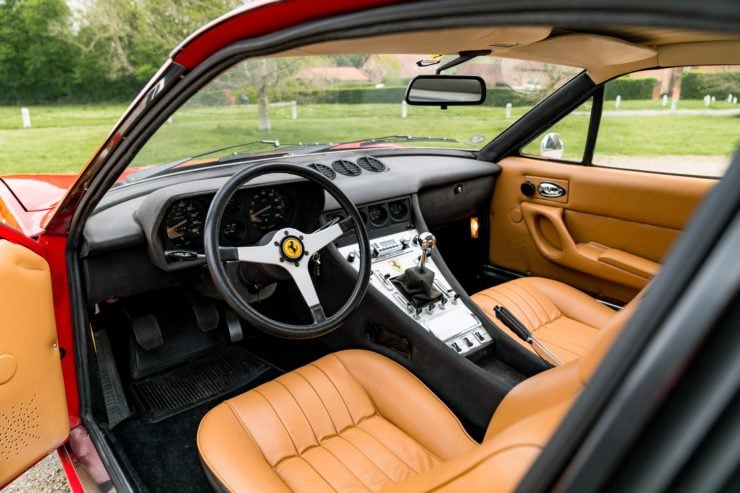 The 365 GTC/4 was designed as a luxurious grand tourer, all cars came standard with power steering, power windows, and air-conditioning.

Suspension was independent front and rear, with unequal-length wishbones, coil springs, telescopic shock absorbers, and an anti-roll bar front and back.

Unlike the Daytona the 365 GTC/4 didn’t have a transaxle in the rear, its transmission was bolted to the rear of the engine in the more traditional manner, and its engine was slightly detuned with a focus on more torque at the expense of a little horsepower.

The 1971 Ferrari 365 GTC/4 you see here has a slightly more interesting history than most, it was purchased new by millionaire businessman Charles “Ronnie” Driver through Britain’s Maranello Concessionaires, but it was specified to be left-hand drive as he intended to use it in Switzerland.

Ronnie Driver was certainly an interesting man, though he’s best-known today as the father of Oscar-nominated actress Minnie Driver he was also a WWII hero who had earned the Distinguished Flying Medal for bravery in 1939.

As a front gunner in the Wellington bomber Ronnie Driver was likely used to being in significant danger, and during a mission as part part of the Battle of Heligoland Bight his aircraft was severely damaged by enemy fire. 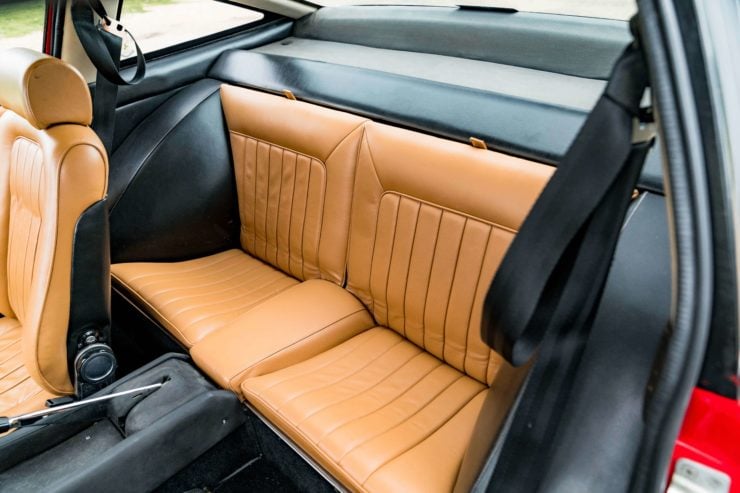 The interior has a 2+2 seating configuration, the rear seats are quite small and only really suitable for children, though they can be folded down and turned into luggage space.

With his front turret all but blown away Driver put out the fire on the aircraft using just his gloved hands, likely saving the aircraft. The plane ditched into the North Sea, he then launched the inflatable dinghy and got his three injured members out of the aircraft and into the boat – saving their lives. Tragically the rear gunner, Walter Lilley, couldn’t be saved and went down with the aircraft.

Years after his time in the war Driver worked his way up to become the head of a multi-billion dollar insurance giant, and somewhere along the way in 1971 he decided he wanted to get himself a new Ferrari.

He opted to get the only Ferrari available with back seats, possibly because he had a new infant daughter named Amelia Driver – she would would later acquire the nickname “Minnie.”

Later in this car’s life it would be imported back into the UK by British racing driver John Coombs, it would then be bought by Ferrari collector and racer Pierre Mellinger before ending up in the care of Martin Lange, the former chairman of Brentford FC.

The car is now being offered for sale by Collecting Cars out of Surrey in the United Kingdom. If you’d like to read more about it or register to bid you can visit the listing here. 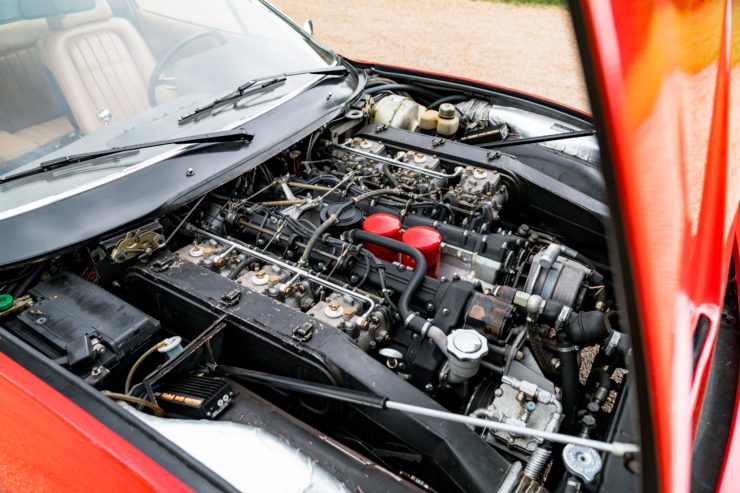 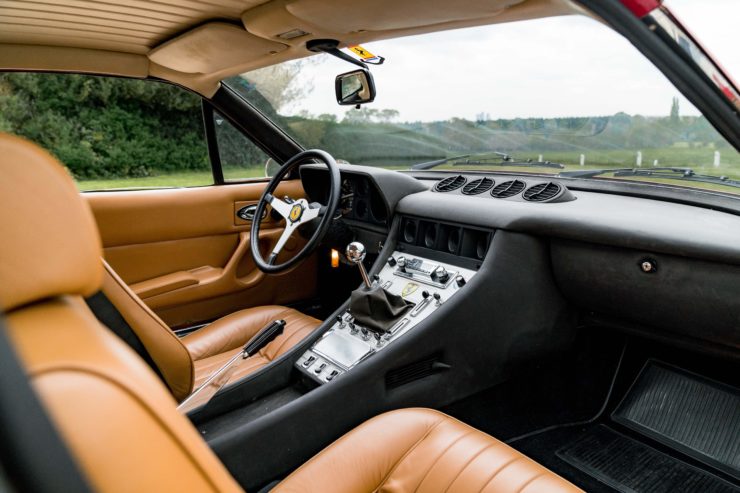 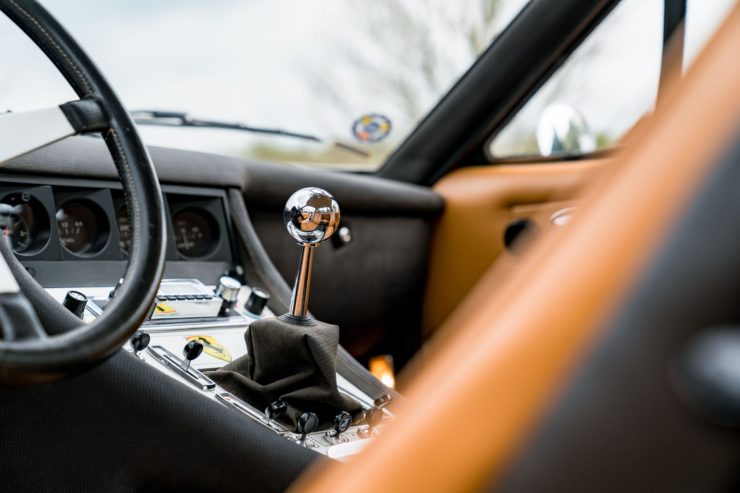 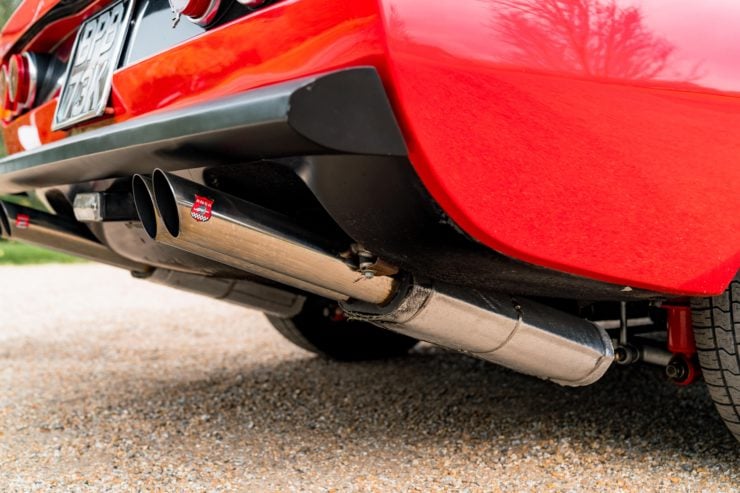 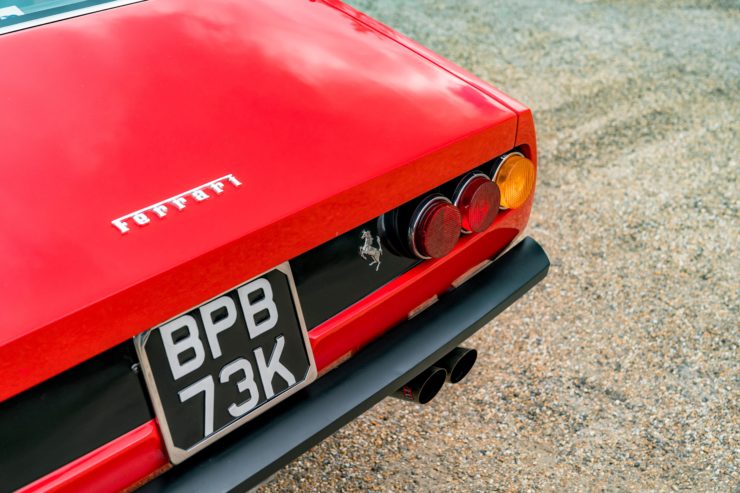 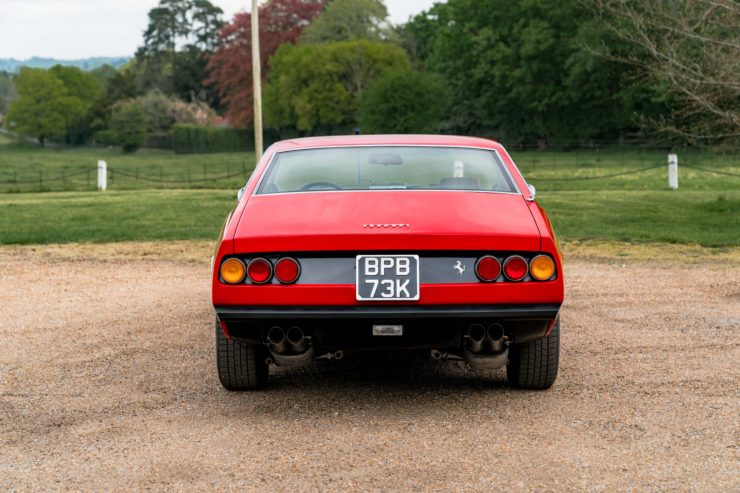 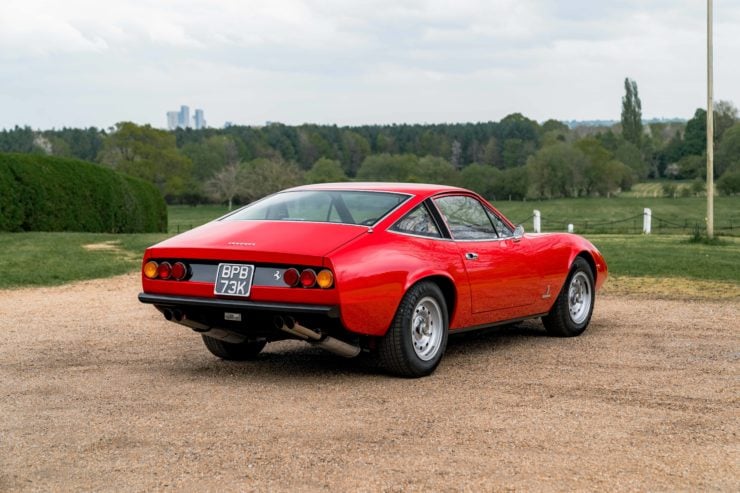 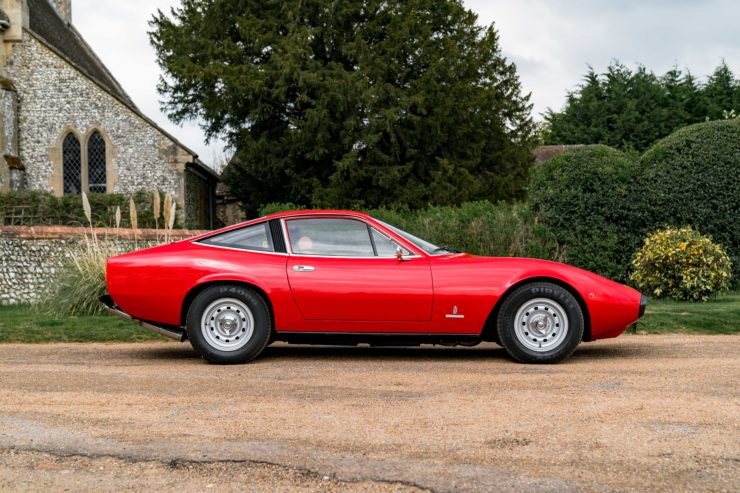 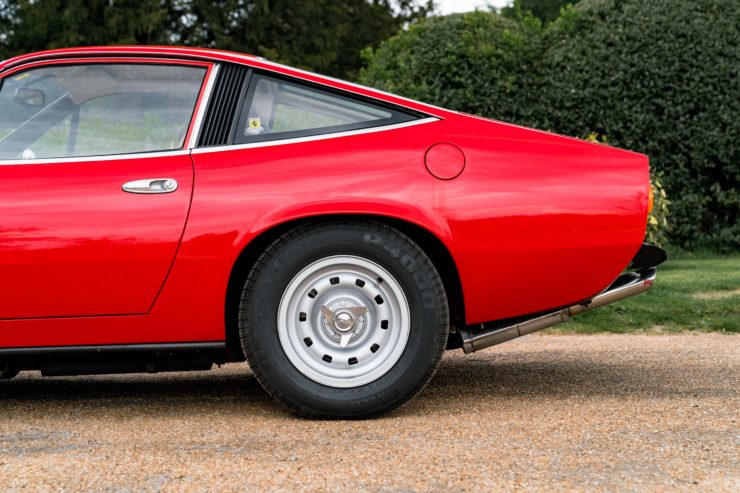 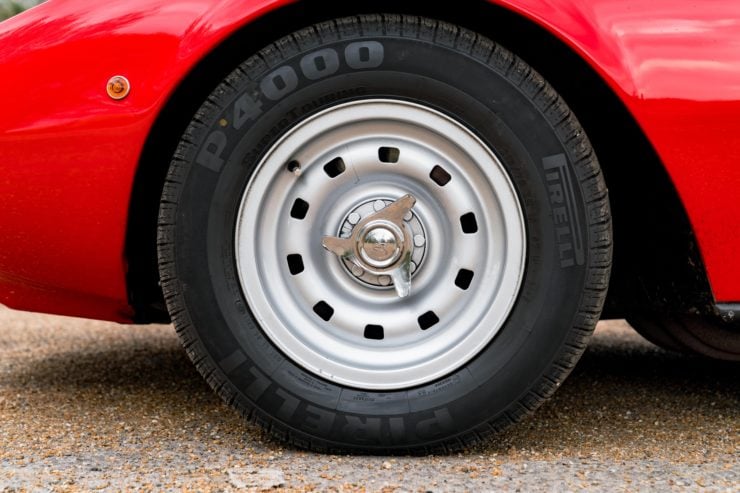 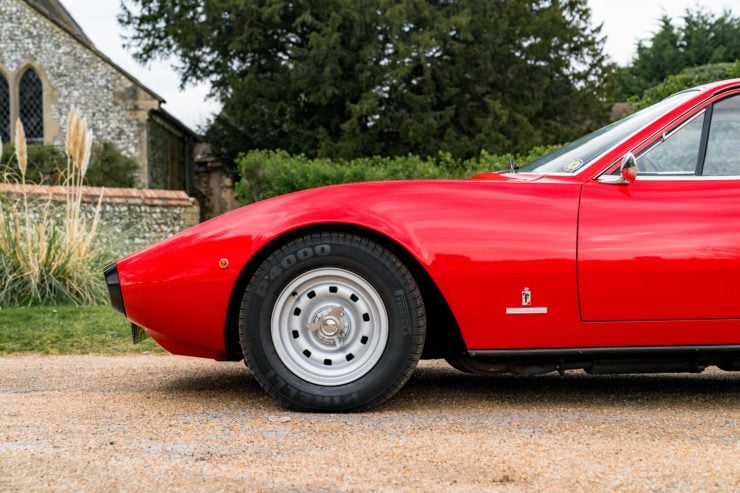 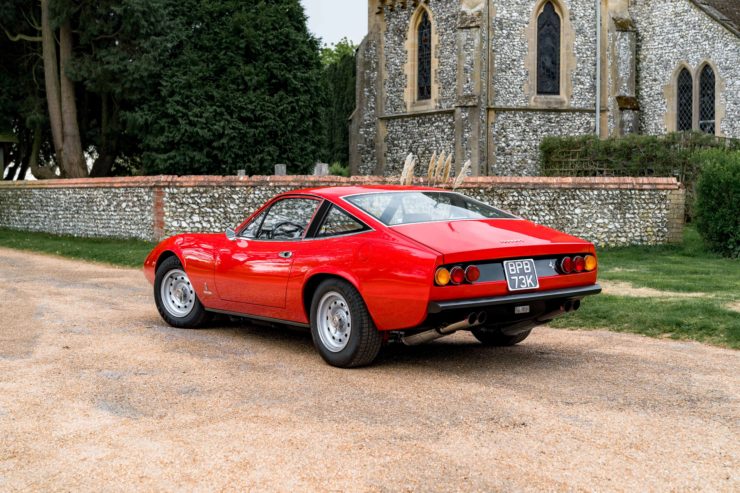 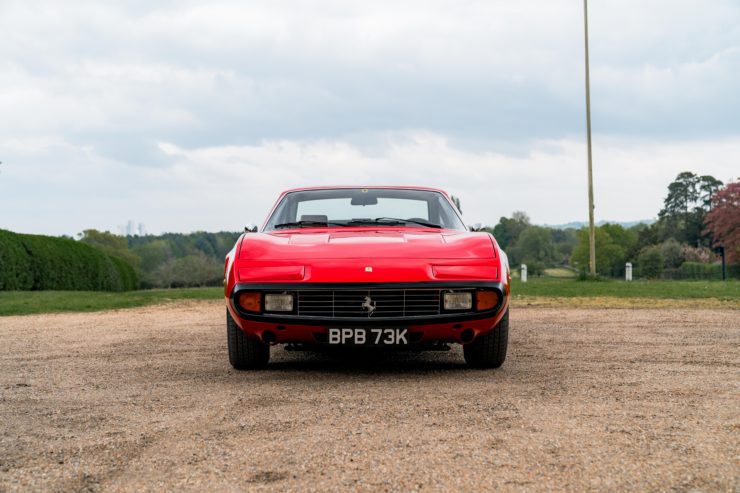 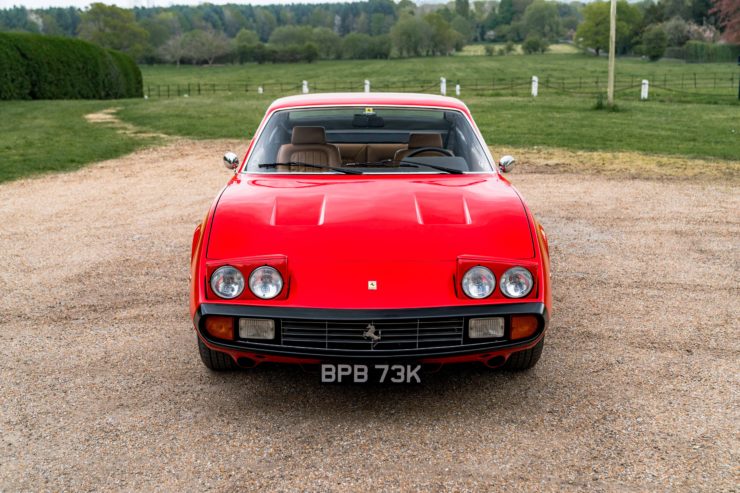 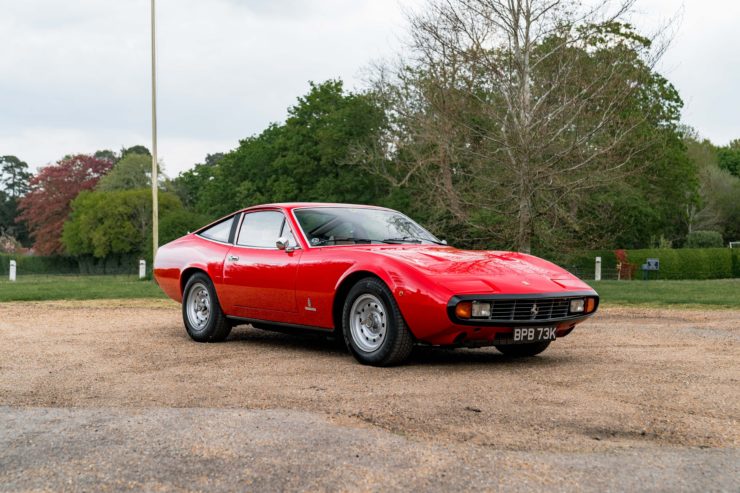 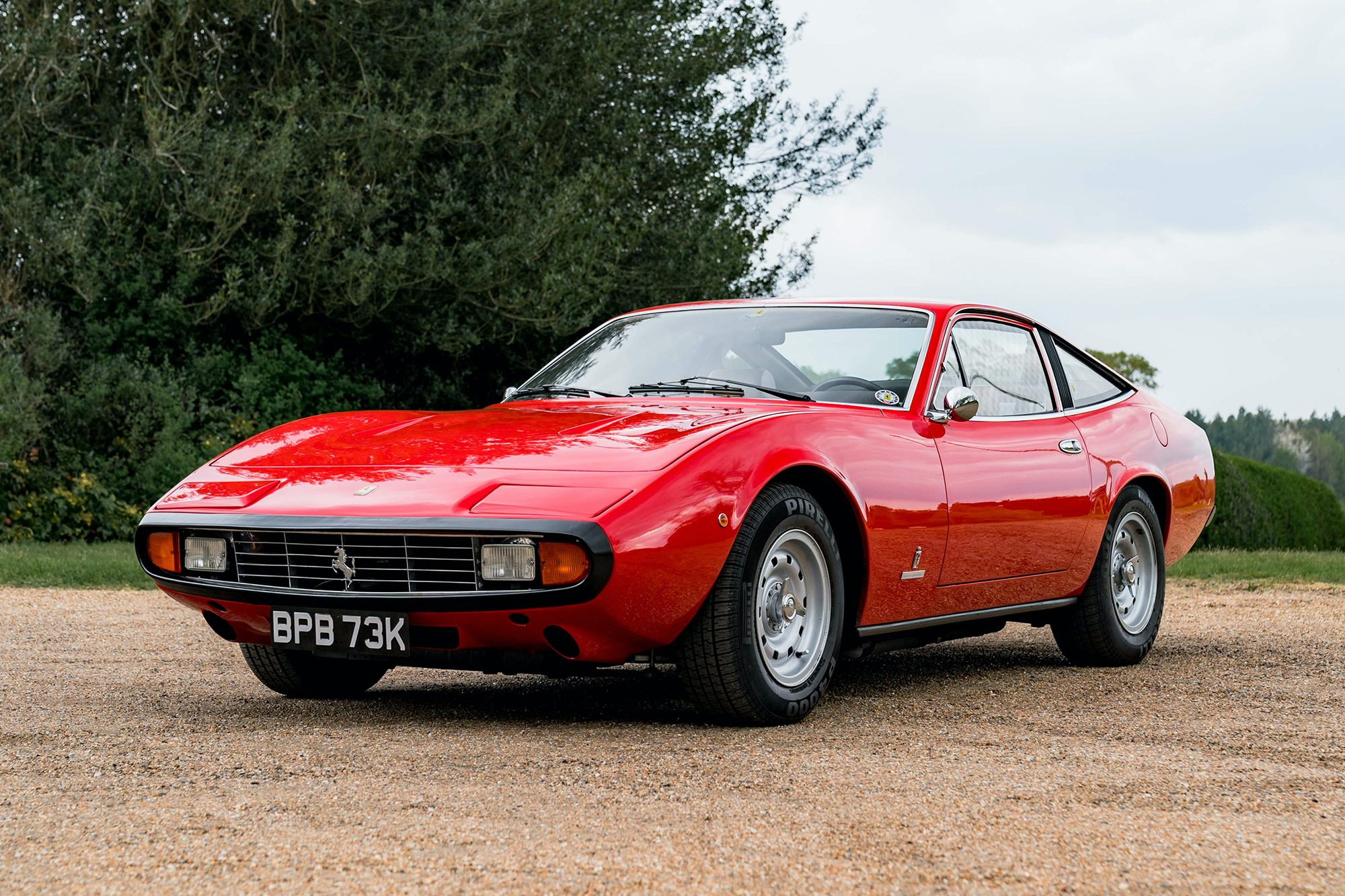