This 1974 Datsun 260Z is now significantly quicker than it was when new, thanks to a slew of modifications including a 400+ bhp Corvette LS6 sending power back through a Tremec T56 6-speed manual transmission to a limited-slip differential.

A full gamut of changes have been made to the car to ensure it can handle the significant power increase, these include new brakes, suspension, chassis modifications, and body modifications.

The Arrival Of The Datsun Z Series

Beginning with the Datsun 240Z in 1969, the Z series of sports cars from Nissan/Datsun are now viewed as among the most important Japanese sports cars in the world from this early formative period. 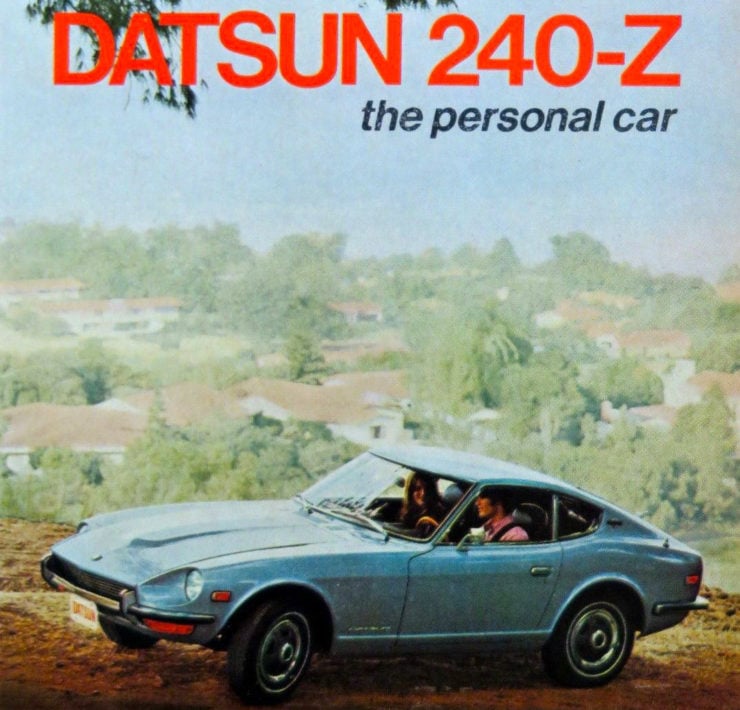 Thanks to its beautiful styling, affordable asking price, and solid reliability the 240Z became one of the most popular sports cars of its era.

In the 1960s Japanese automobiles were making inroads into the US and European markets, they were generally seen as small, cheap, almost disposable cars by many. It wasn’t until the appearance of halo cars like the Toyota 2000GT, Datsun 240Z, and Mazda Cosmo that the perceptions of the buying public began to shift.

Of those three models, the 240Z was the most practical. Whereas the Toyota 2000GT was expensive and the Mazda Cosmo was powered by an unproven Wankel rotary engine, the Datsun 240Z cost about the same as an MGB GT and it was powered by a rock solid 2.4 liter straight-six.

The styling of the 240Z has long been a point of controversy, some claim it was entirely developed in-house by a team led by Yoshihiko Matsuo, and others claim that it was based on designs by Dr Albrecht Graf von Goertz.

Regardless of who deserves the bulk of the credit, the car is undeniably beautiful. The front end is reminiscent of the Jaguar E-Type and the rear bears some resemblance to the Porsche 911 – these were two of the top sports cars in the world in the late 1960s when the car was being styled. 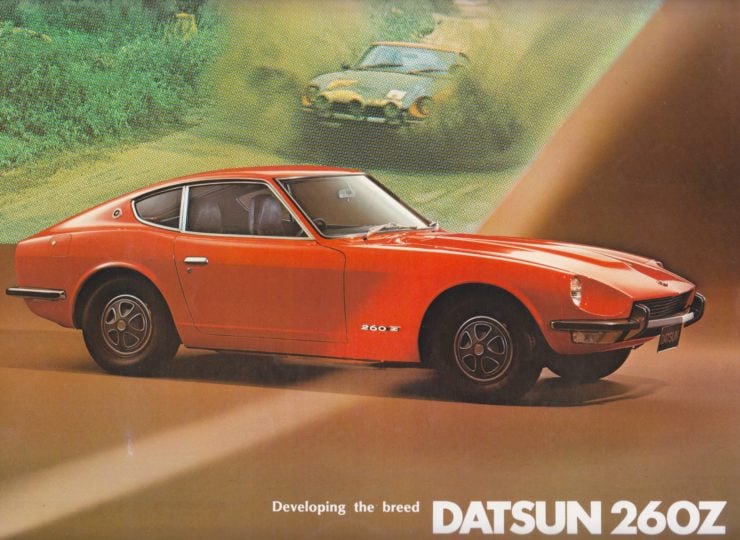 When it was released in 1974 the 260Z was marketed as being a development of the earlier car – it was all true too, the 260Z has a stronger chassis, an updated interior, and a larger engine.

Under the skin the 240Z was no less impressive, it has independent front and rear suspension, front disc brakes, and a straight-six with a single overhead cam and a crossflow head. The interior of the car was well appointed, and perhaps most importantly the car was very reliable – not fickle like so many exotics can be.

This displacement change was in part due to federal emissions regulations which forced a reduction in ignition timing and compression ratio, resulting in less power.

As a result, the 260Z (in the USA) actually produced slightly less power than the 240Z. That said, the aftermarket offered a number of modifications to reclaim this lost horsepower and to add plenty more. 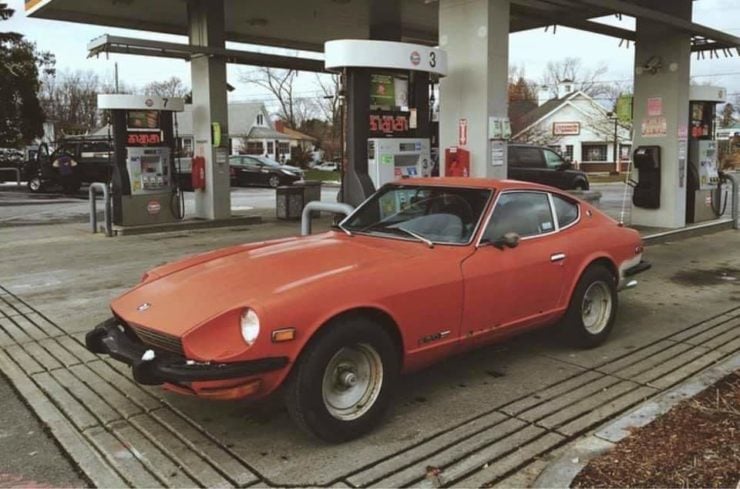 This was the car before the rebuild began, the process was extensive and included a full bare metal repay and significant chassis upgrades.

There were a few other changes made between the 240Z and 260Z. The interior ergonomics and styling were revised, and chassis stiffness was improved thanks to longer, stronger frame rails.

The 260Z would be replaced by the 280Z a year later in 1975 in the US market, though it would remain available until 1978 in many global markets. As a result it’s now one of the rarer Z series cars from the era.

The 260Z you see here has been modified extensively, great care has been taken to ensure that the car is better able to handle the almost 300% increase in power over its factory configuration. The Nissan straight-six is long gone, now replaced with a fire breathing Chevrolet LS6 Corvette V8 capable of well over 400 bhp.

This engine has been modified further, with the addition of a performance camshaft and valve train, long-tube exhaust headers, an AEM high-flow fuel pump, an ACT flywheel, and a Mishimoto radiator. 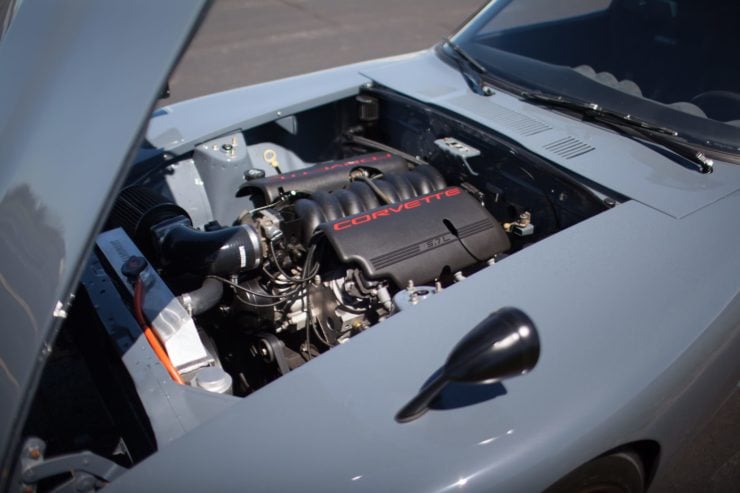 Under the hood you’ll find a Corvette LS6, it’s a 5.7 liter V9 capable of over 400 bhp. Originally the LS6 was fitted to the C5 Corvette, the Cadillac CTS V-Series, and the SSC Ultimate Aero TT in highly modified form.

Power is sent back through a Tremec T56 6-speed manual transmission into a limited-slip differential from a Nissan Q45 with 3.54:1 gearing.

Of course, this major power increase necessitated a number of other changes. The chassis was further strengthened with a set of Bad Dog Parts frame rails, an Apex Engineered tubular front subframe was installed along with Apex Engineered control arms, and the car now has ST Suspension sway bars, and BC Racing coilover suspension on all four corners.

The original brakes were never going to cope, so they’ve been replaced with Wilwood calipers on uprated rotors front and back, with a Wilwood brake master cylinder.

The car has been finished with a zTrix 280YZ widebody kit, and it’s now being offered for sale out of Watchung, New Jersey.

If you’d like to read more about the car or place a bid you can visit the listing here. 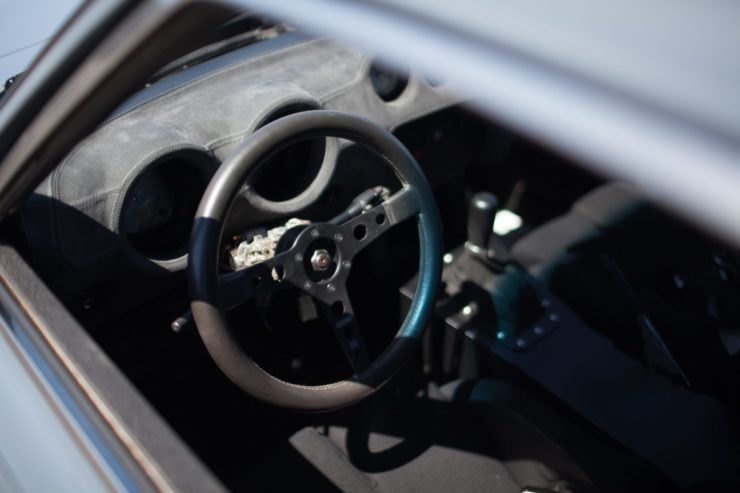 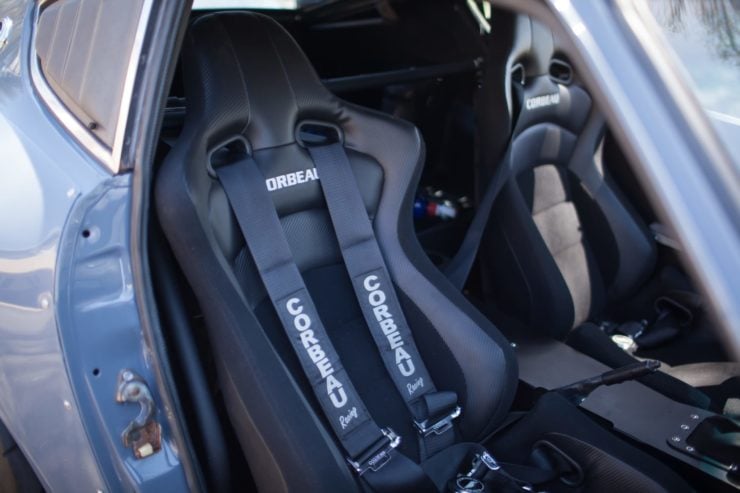 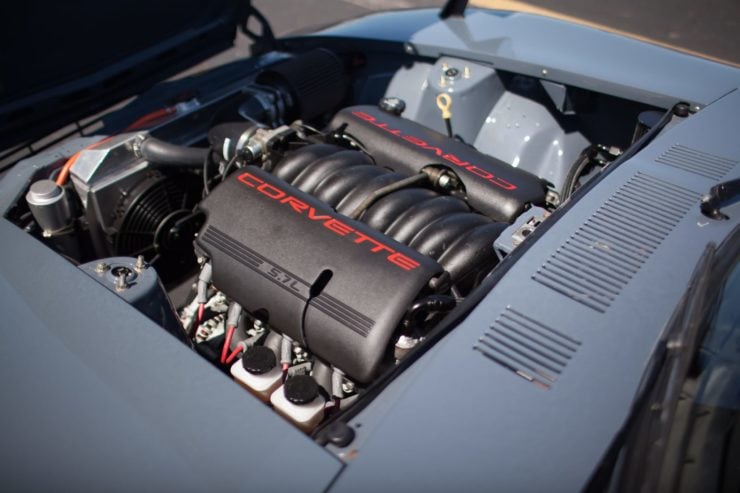 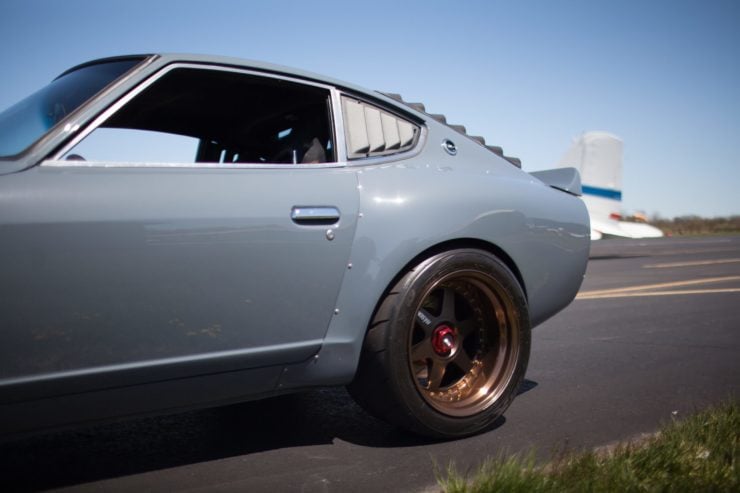 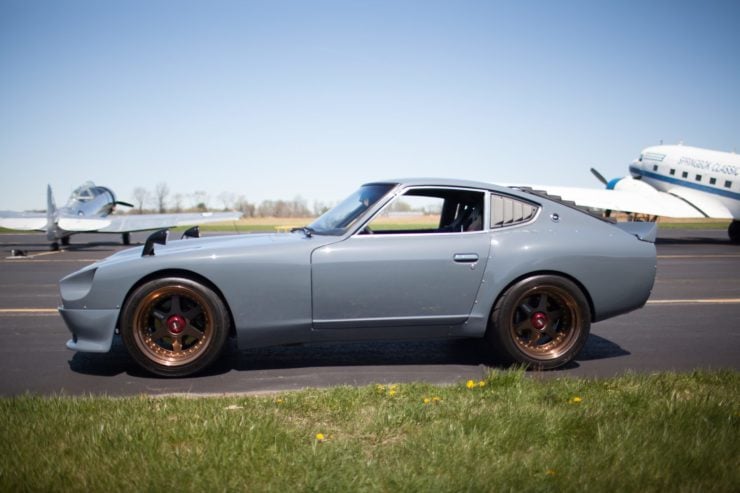 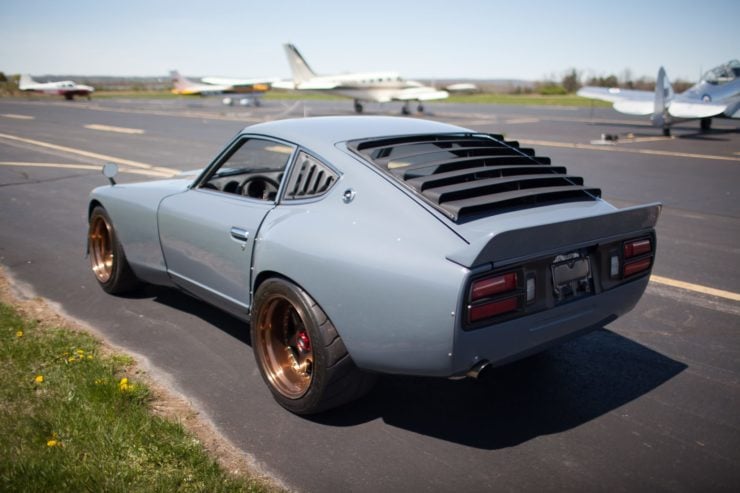 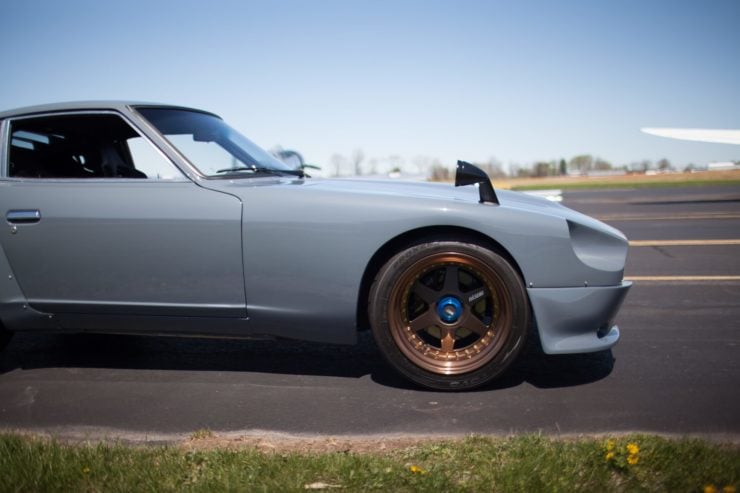 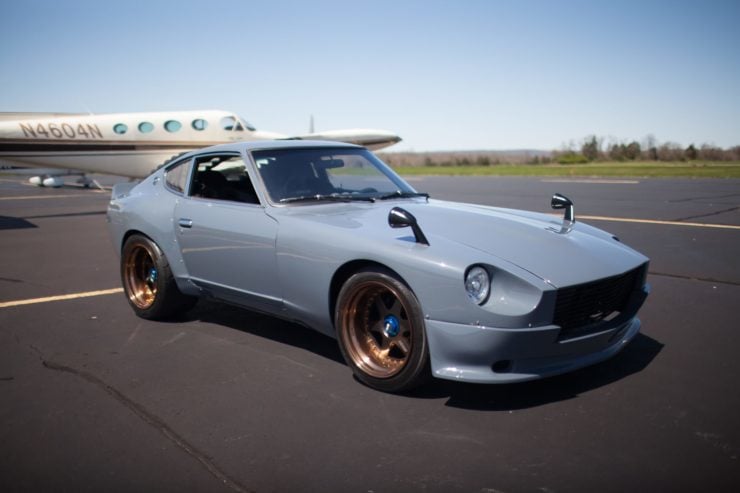 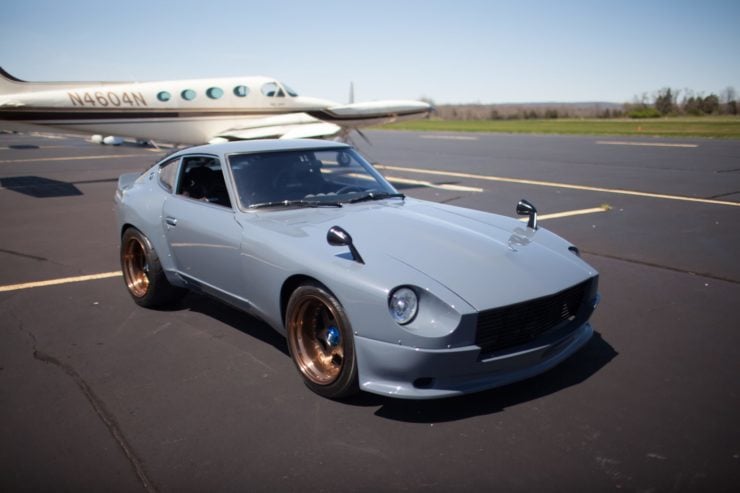 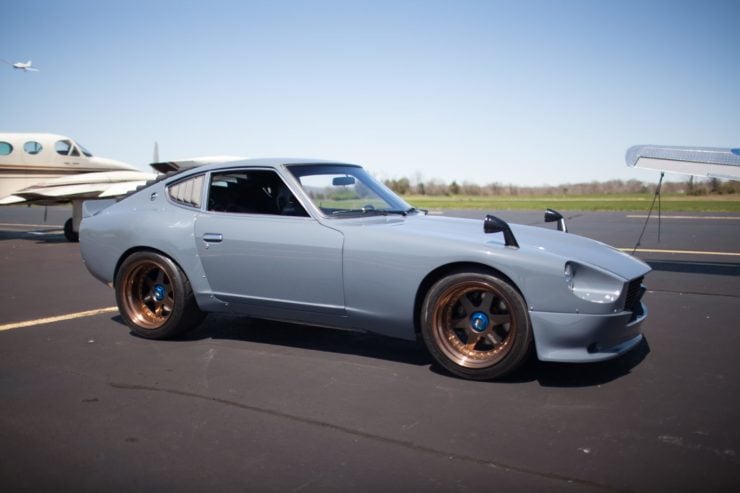 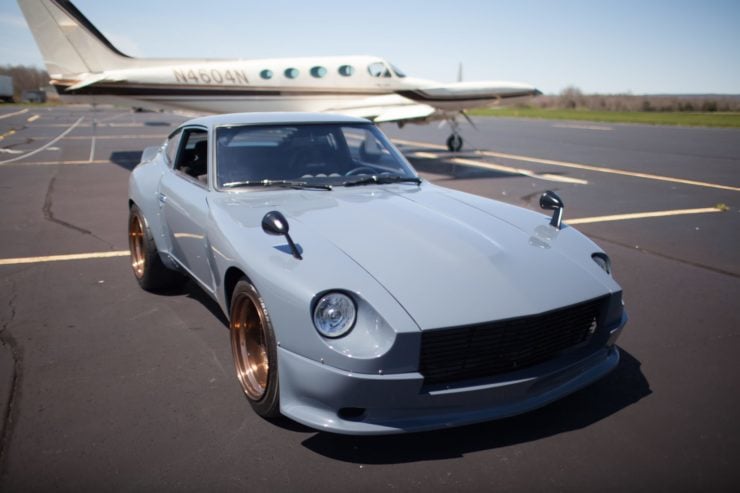 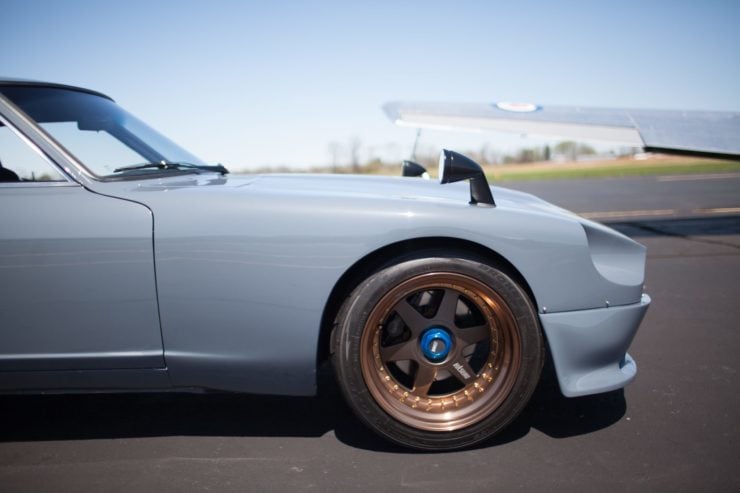 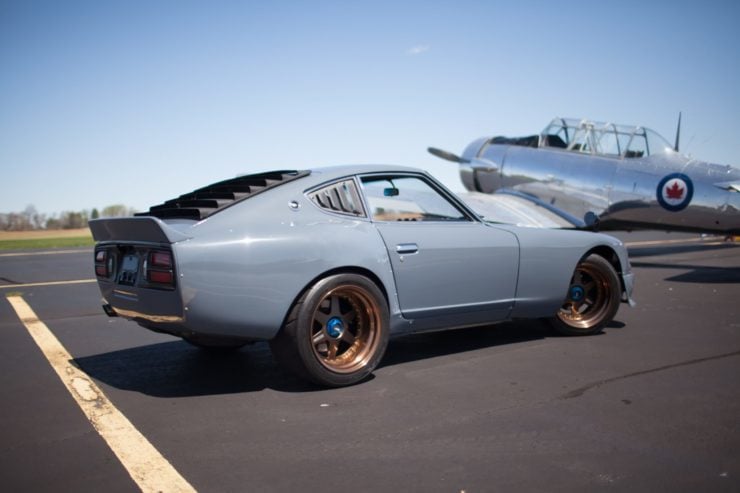 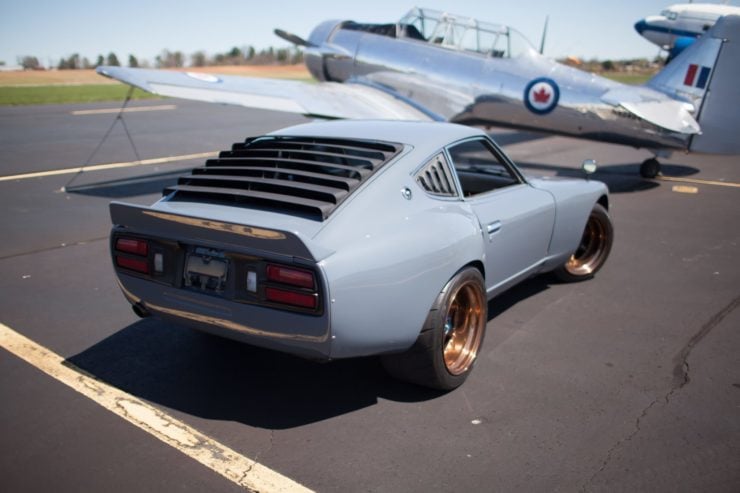 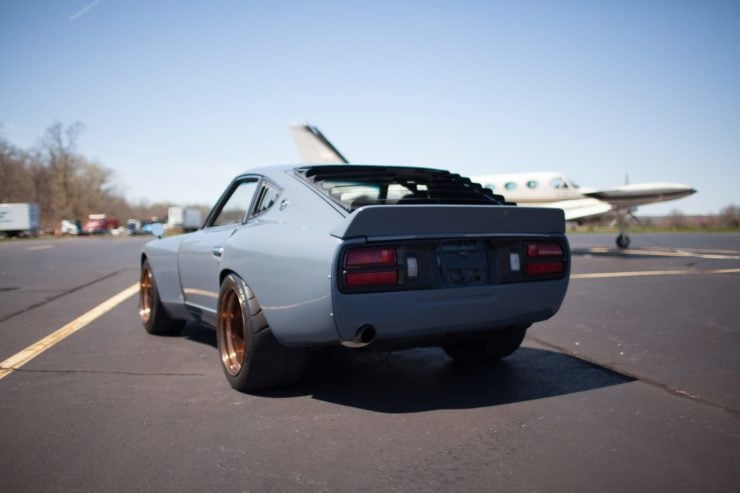 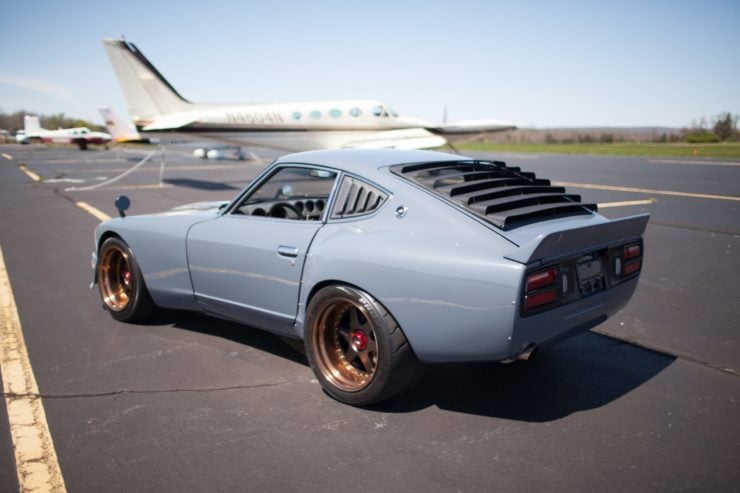 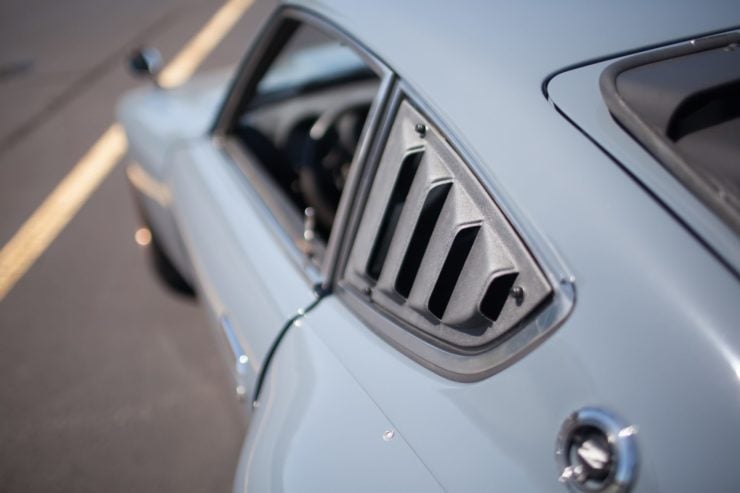 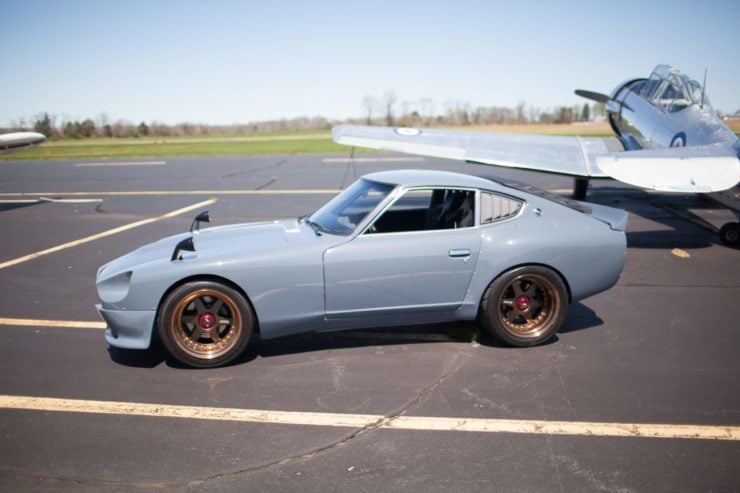 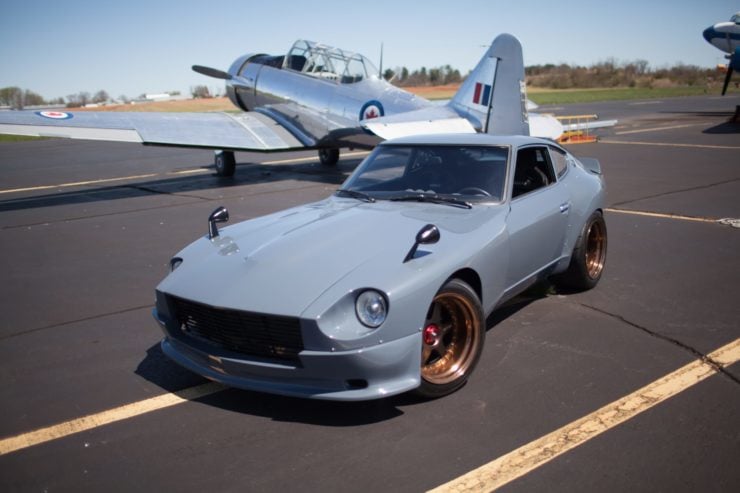