This 1969 Ferrari 365 GTB/4 has been converted to Competizione specification and it has an FIA Historic Technical passport – which allows it to enter many of the most significant classic motorsport events in the world.

Very few Competizione Ferrari 365 GTB/4 Daytonas were built in-period, they proved highly successful on track, with the model famously winning class victories at the 24 Hours of Le Mans three years in a row.

It’s been said that Enzo Ferrari never liked the nickname “Daytona,” a nickname that had been coined by the press and seemingly stuck like glue to his new top-of-the-line V12 GT car. Even today Ferrari themselves rarely use the moniker when talking about the car, unless explaining its origins. 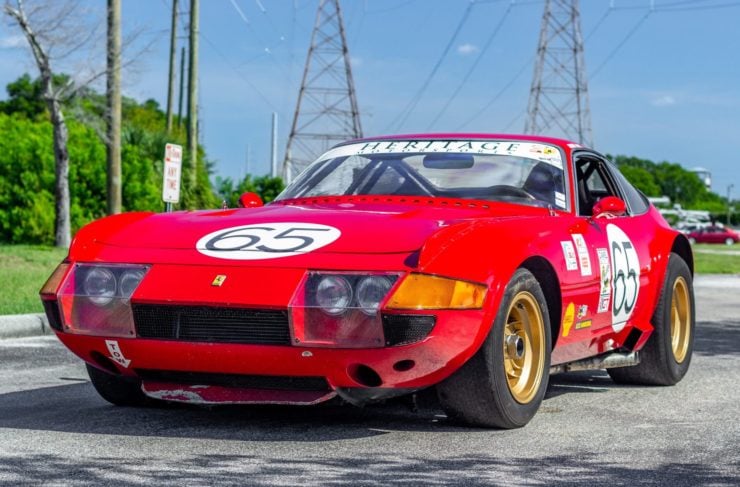 The outlining styling of the Competizione Daytona is characterized by flared wheel arches, a chin spoiler, aerodynamic “fences” atop the front fenders, brake cooling scoops ahead of the rear wheels, plexiglass covers over the headlights, and safety latches on the aluminum hood and trunk lid.

Regardless of what you might call it, the 365 GTB/4 would prove to be a runaway success for the Italian automaker. In the Ferrari tradition of the period the model name actually conveys quite a bit of information about the car, for example the “365” tells you the displacement of each of the 12 cylinders in centiliters.

The “GTB” stands for “Grand Touring Berlinetta,” essentially a luxurious but sporting automobile with a fixed roof. Finally the “/4” simply tells you it’s a quad-cam Colombo V12 with double overhead cams per bank, an upgrade over the earlier SOHC version of the engine.

The 365 GTB/4 was an upgrade over the 275 GTB/4 in every way, though both cars shared a similar architecture with their front-mounted quad-cam V12s which sent power back to their rear-mounted transaxles.

This gave the cars nicely balanced handling, a feature Enzo Ferrari insisted on for his V12s lest some less-experienced new owners wreck their cars and give him a bad reputation. Enzo was famously opposed to the idea of building a mid-engined V12 to compete with the Miura, fearing the additional weight in the rear would result in snap oversteer. 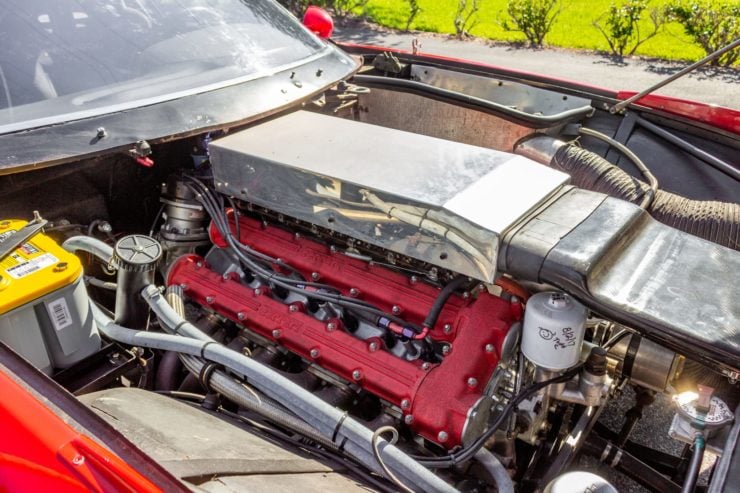 This is the 4.4 liter Tipo 251 Colombo V12 that was converted to Series III Competizione specification and later rebuilt in 2016 by Francorchamps of America in Costa Mesa, California.

That said, he did eventually relent on this. The car that succeeded the Daytona would be the 365 GT4 Berlinetta Boxer, powered by a mid-engined flat-12.

The Daytona remained in production from 1968 until 1973. It would later go on to become a pop culture icon in its own right thanks to the use of a black (replica) Daytona in the hit 1980s TV series Miami Vice.

The 365 GTB/4 Daytona you see pictured here was originally sold new in Europe before being imported into the United States in 1976. 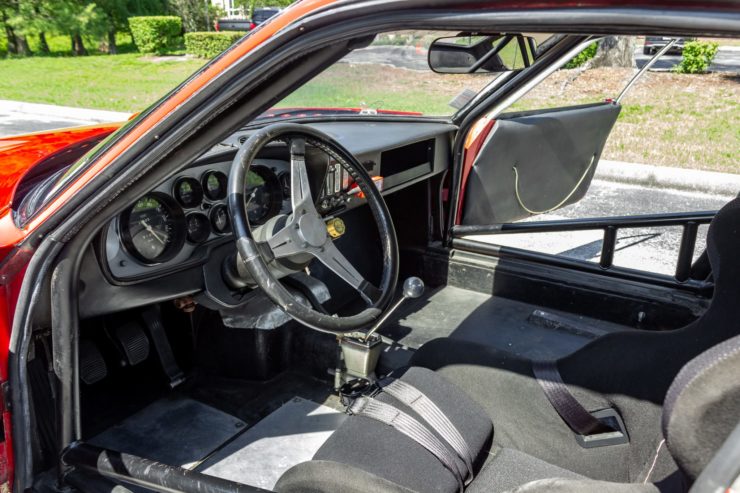 The car now carries an FIA Historic Technical passport and it has previously taken part in the Monterey Motorsports Reunion, the Classic 12 Hours at Sebring, and the Classic 24 Hour at Daytona.

In 2009 the car was bought by Historic Sportscar Racing proprietor George Tuma, and the engine was last rebuilt in 2016 by Francorchamps of America in Costa Mesa, California.

It’s now being offered for sale accompanied by its FIA Historic Technical passport, and it would make a very welcome addition to the grid in a vast array of vintage and classic motorsport events. The car has previously taken part in the Monterey Motorsports Reunion, the Classic 12 Hours at Sebring, and the Classic 24 Hour at Daytona.

If you’d like to read more about this unusual Ferrari or register to bid you can visit the listing here on Bring A Trailer. It’s being sold out of Saint Petersburg, Florida. 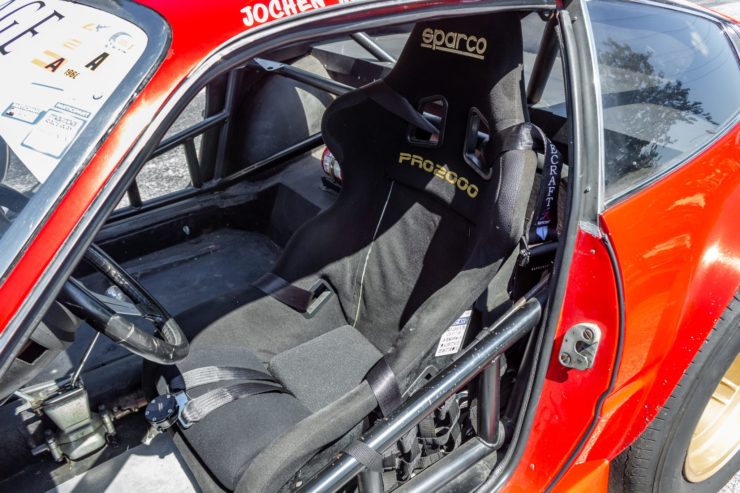 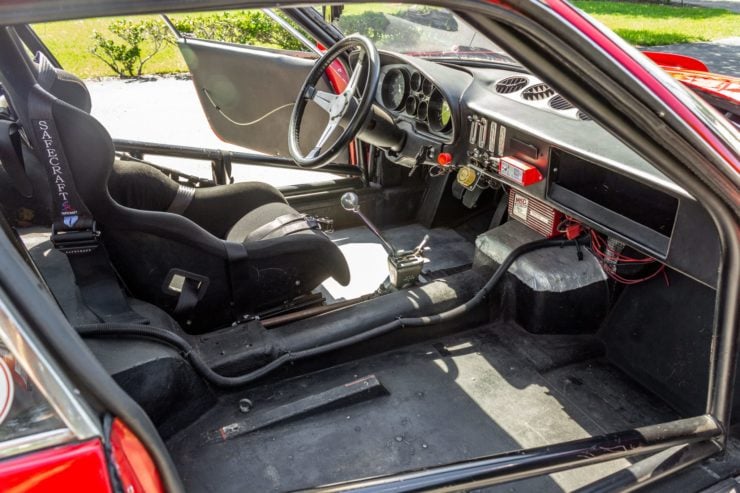 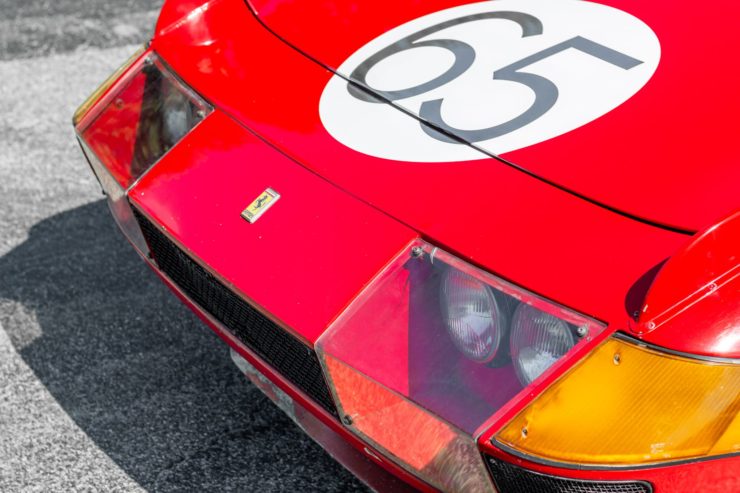 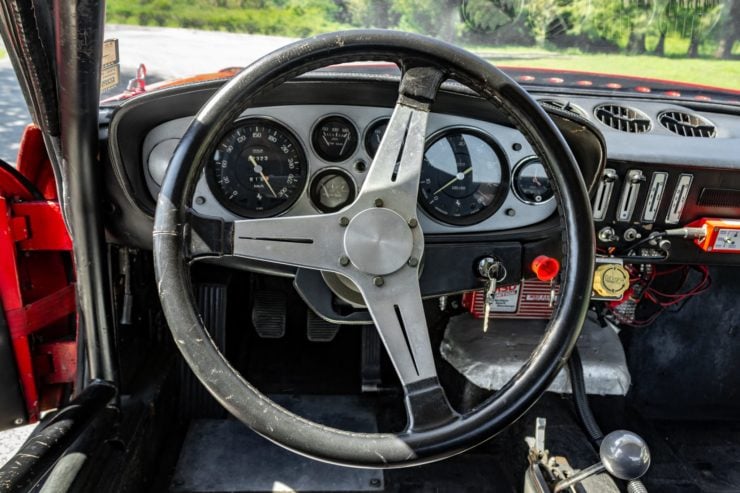 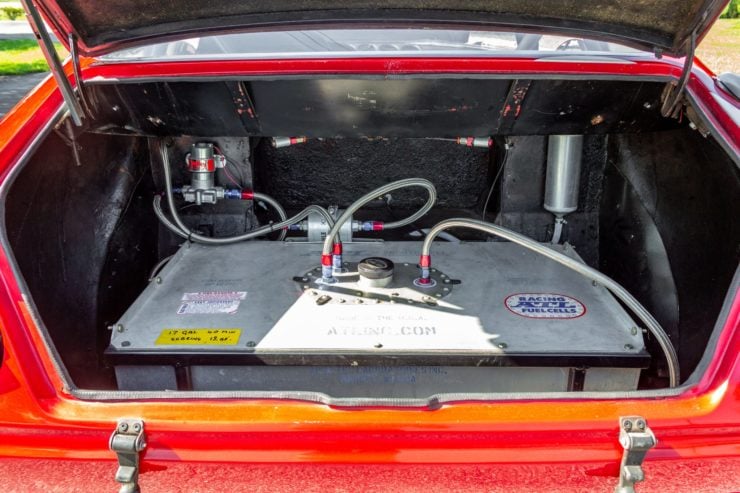 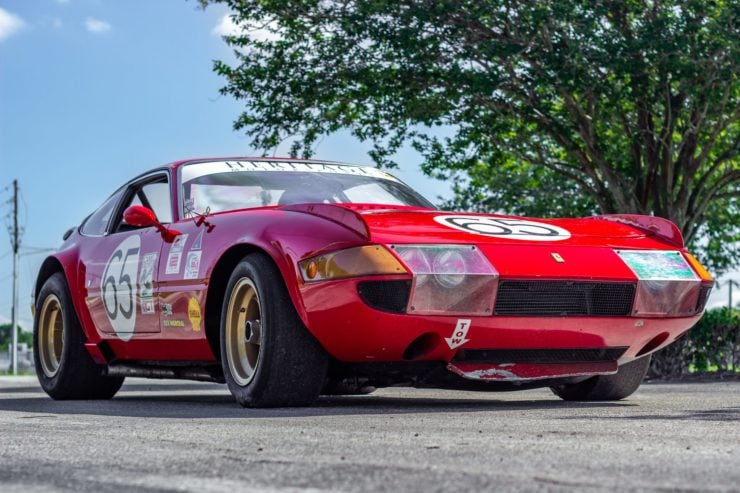 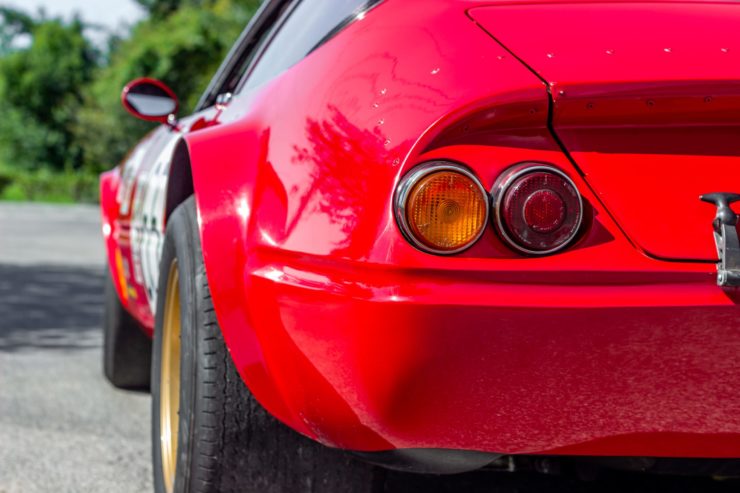 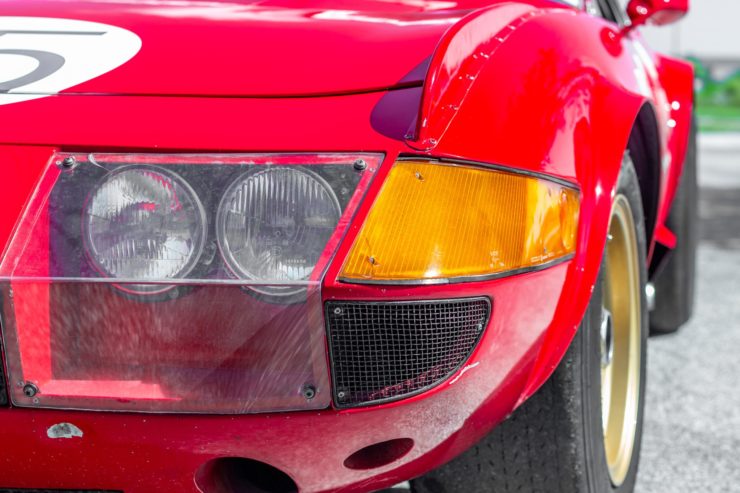 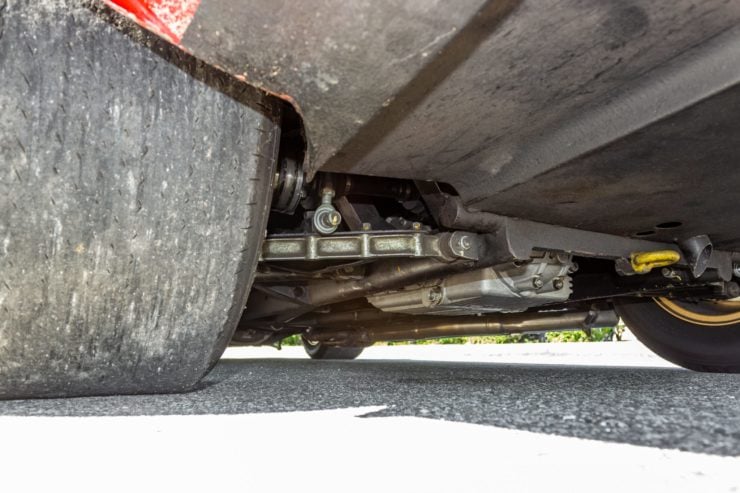 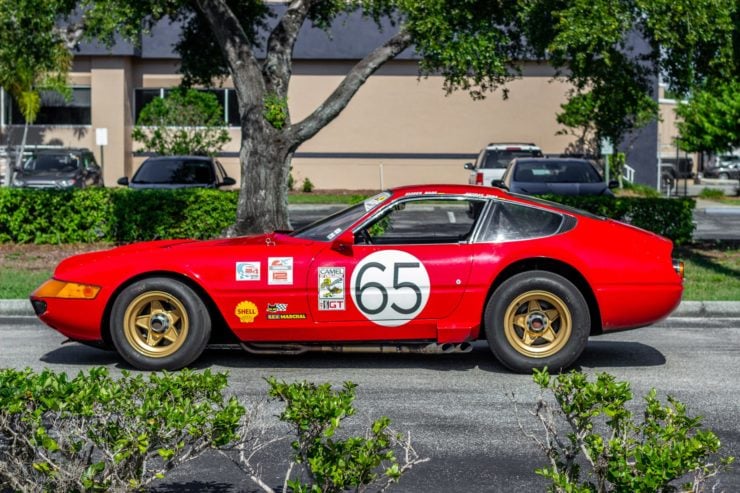 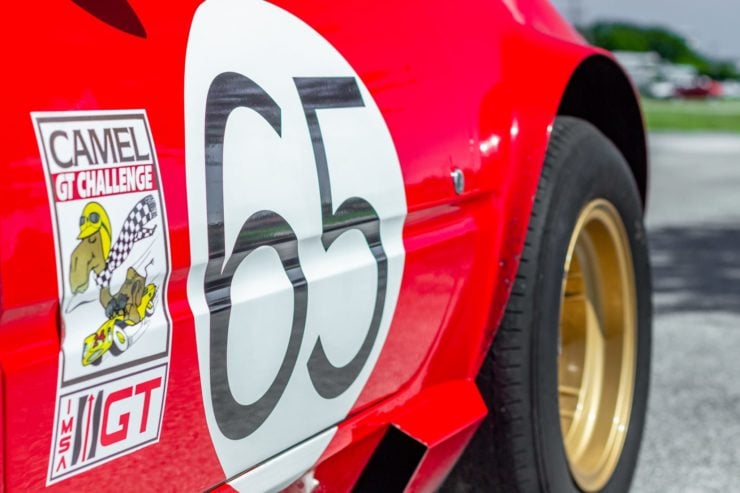 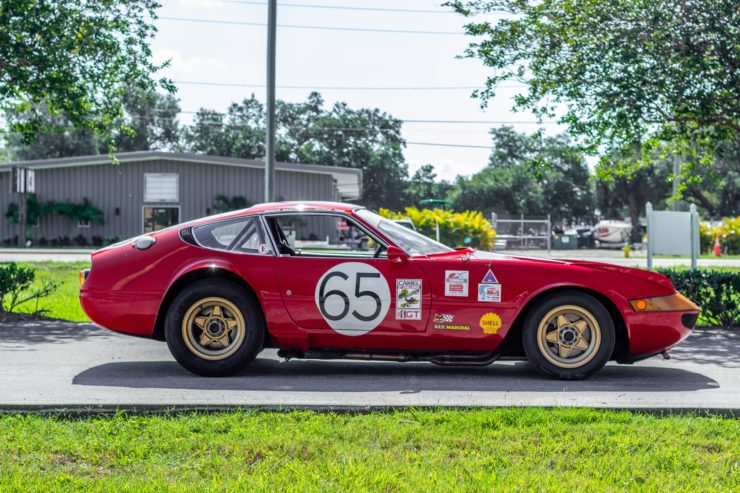 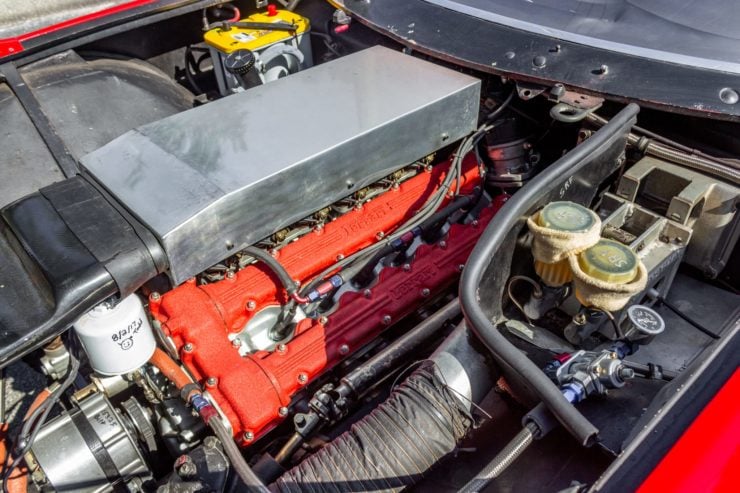 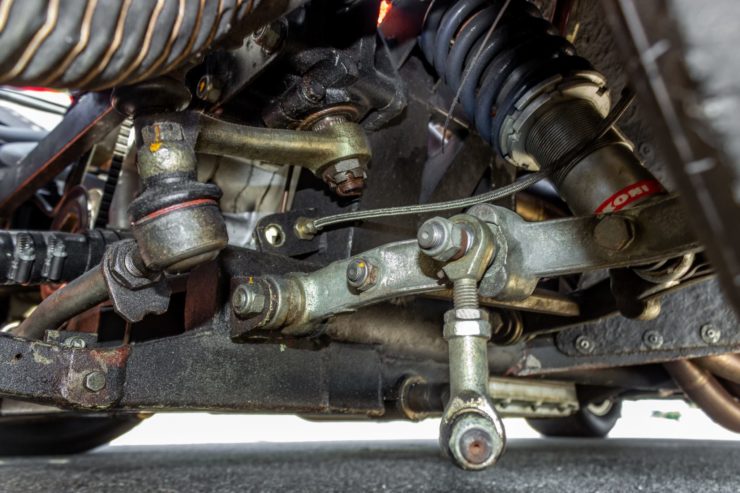 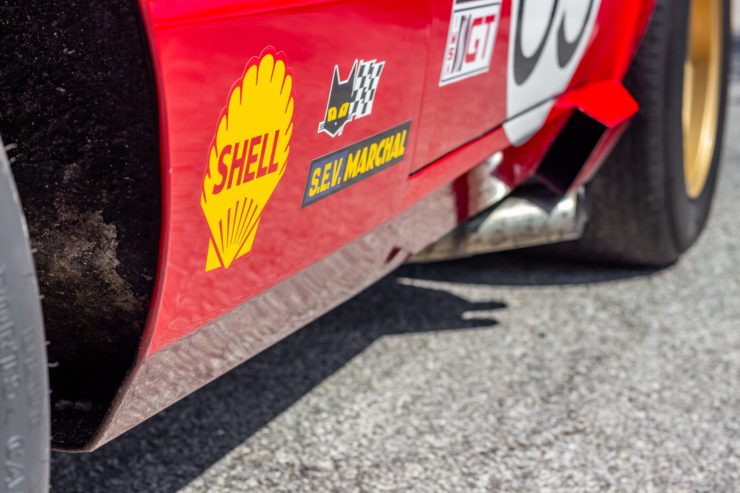 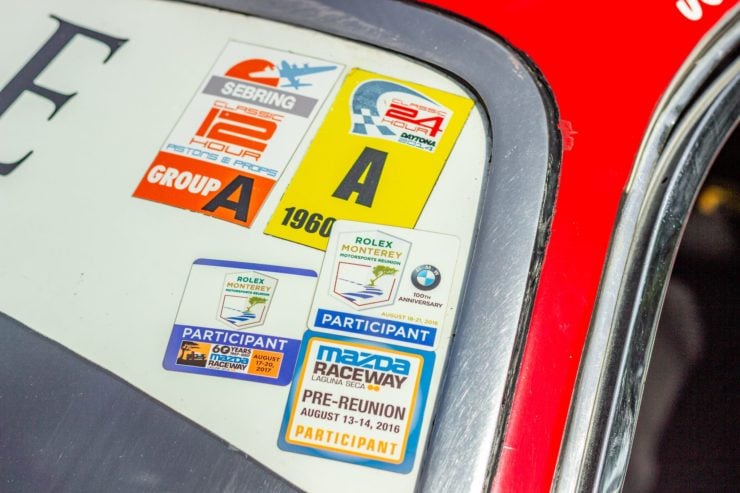 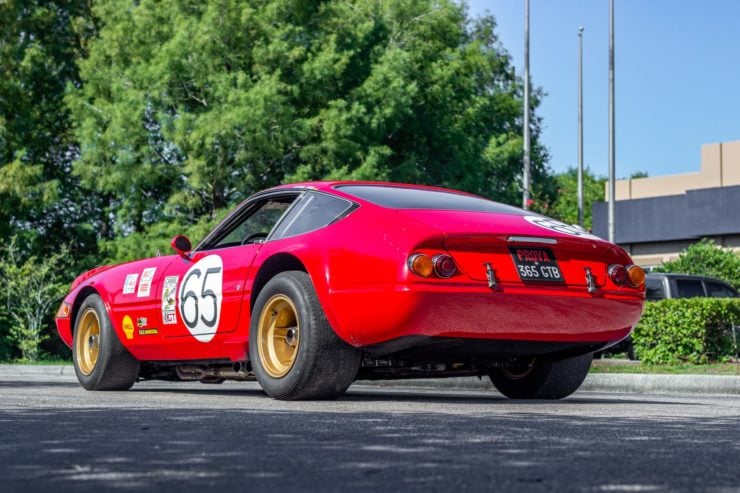 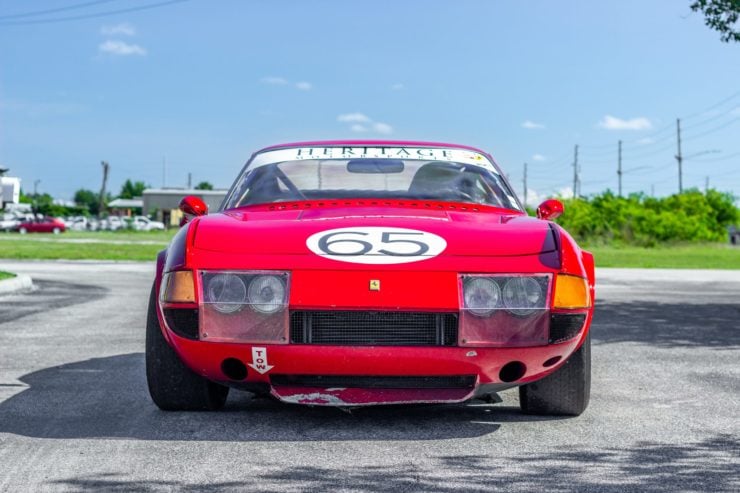 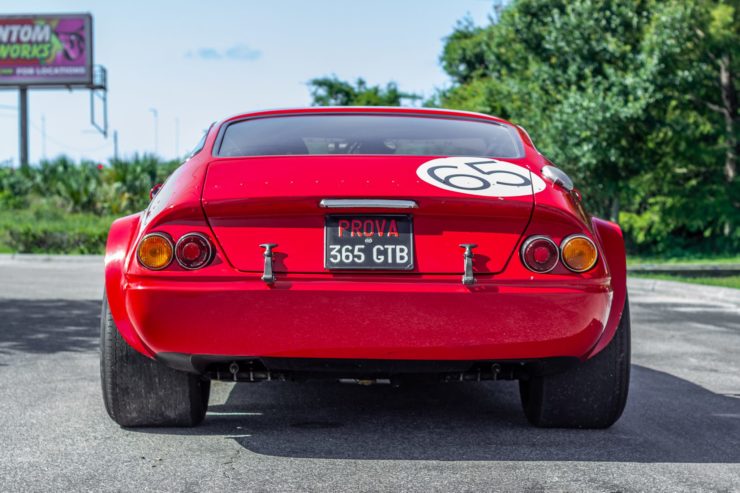 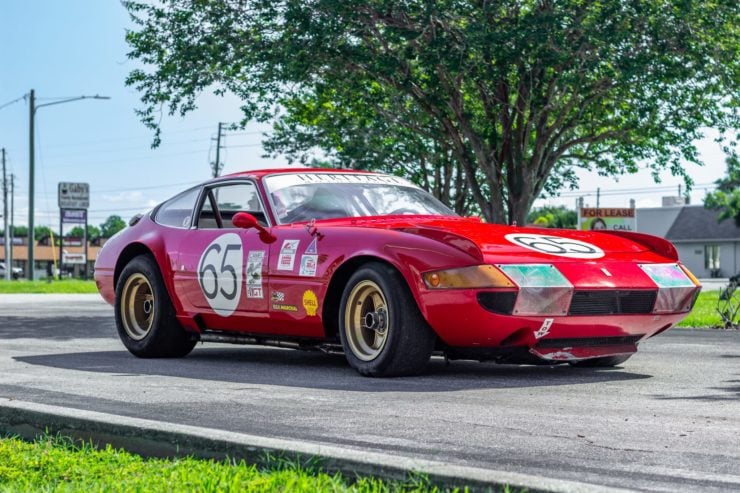